Eric and Jason begin the Top 50 '80s Soundtrack Songs with #50 "The Touch" by Stan Bush.
Greatest Lists with Eric and Jason begins their first season with the #50 pick in the Top 50 '80s Movie Soundtrack Songs. Jason chose "The Touch" by Stan Bush mainly for his personal nostalgia of Transformers: The Movie and how much he's witnessed the songs live on among his peers.

Listen to get the scoop on this episode's song history, commercial success, and the hosts' review. To find "The Touch" by Stan Bush in your favorite listening app, click this Songwhip link https://songwhip.com/stan-bush/the-touch

Follow the hosts on Twitter, Eric (@Eric_Vardeman) and Jason (@RD80s), and give them your feedback on this episode's song choice!
★ Support this podcast on Patreon ★ 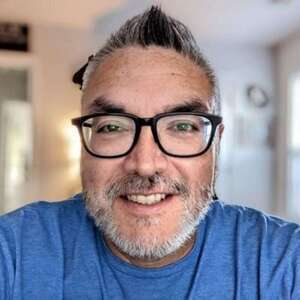 Host
Jason Gross
Co-host of Greatest Lists, Rediscover the 80s, The Retro Network Time Machine, and many other podcasts.